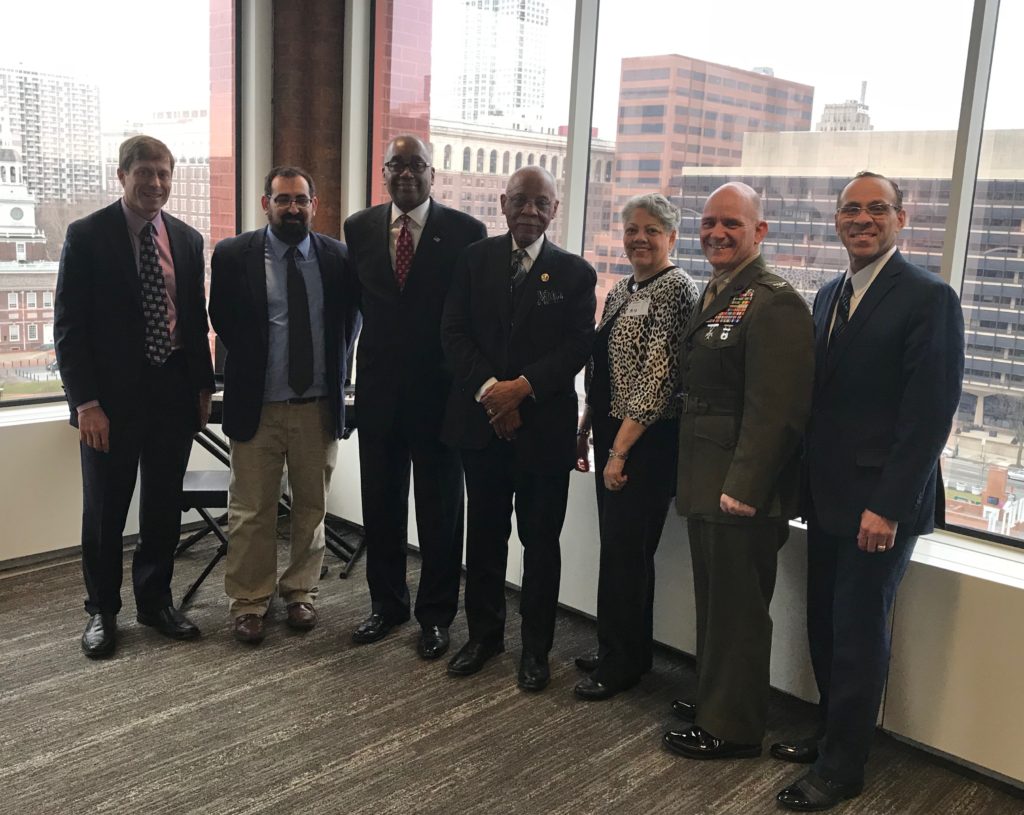 Dr. Murray and I had the supreme honor of meeting with stakeholders in the Philadelphia area to discuss the FAV direction for the upcoming National Symposium in September. People in the meeting provided constructive input into the programming that would most resonate with respect to freedoms of religion, speech, press and civic challenges today. We are excited to invite you to join us on September 14th and 15th to celebrate Constitution Day and Citizenship Day and help rekindle understanding around first amendment issues.

Following our Round Table discussion, I had the distinct honor of addressing the Corps of Cadets at Valley Forge Military Academy & College. I spoke about Character as it relates to First Amendment Freedoms. The cadets asked insightful questions and instigated a meaningful exchange around important issues that many in the crowd would soon swear an oath to defend. Serving something greater than yourself is one of the most meaningful ways to live out life, whether that service is through your faith, your service to country in uniform, through the Peace Corps, or some other way. There are many ways to serve, but like citizenship, service is not a spectator sport! You need to get in the game and enjoy the rewards.

Please forward this newsletter to friends and colleagues you think would appreciate FAV’s work. Subscribe here.

Thanks to the support of PEN America, FAV will host Coffee Talks in local areas to discuss threats to First Amendment issues and empower citizens to learn and advocate for protection of their freedom. Coffee shop talks will help consumers be more critical and think about the reliability of their news sources by learning about different perspectives. Two Coffee Talks will be held in Southern California in the next month to raise awareness of press freedom. Dates, times, and locations to be announced.

Upcoming Events in 1A Space

The Religious Freedom Center of the Newseum Institute invites you to attend our March webinar, Islam and America: Tips for Sharing Scholarship with the Public. We will discuss how scholars of Islam and American public life can engage different publics to raise the visibility of their work. We are pleased to host co-presenters Dalia Mogahed, Najeeba Syeed, and Asma Uddin. The webinar will include a presentation and extended Q&A. Sign up today!

Discussion with those whom you disagree. The first paragraph gives you a sense for where this piece goes. I hope you take the time to read it.

Disagreement has made disagreeable individuals of us all. News channels are littered with platitudes masquerading as thoughtful discussions. Individuals, convinced that the volume of their speech corresponds to the correctness of their arguments, contribute to the cacophony of tirades. The print media publish headlines assassinating opponents’ characters rather than their ideas.