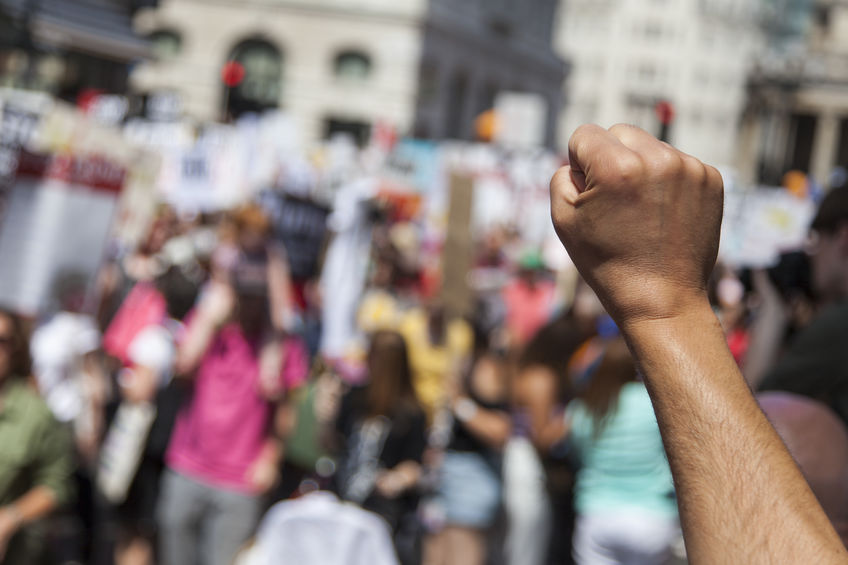 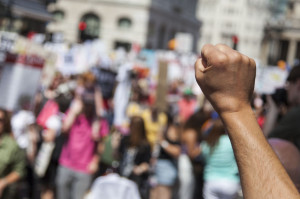 Everyone knows about freedom of speech, the press and religion in the First Amendment, but surveys have shown that a majority of Americans either don’t know or forget that the freedom to petition and to peacefully assemble are also included in the First Amendment. While “peaceful assembly” may refer to public congregations of individuals for any reason, public protests are most commonly associated with our freedom to assemble.

In an era of online petitions, digital boycotts of companies, and other forms of cyber-activism, are public protests still effective when it comes to changing social beliefs or political systems? As this opinion piece at Ideas.TED.com points out, there are plenty of ways to build a successful social movement, and you might be surprised to learn just how successful some protests are these days.

Thanks to the Internet, we’ve come a long way from the 1960s and 1970s protests against the Vietnam War, which didn’t necessarily end the war but did transform public opinions about the war. Nowadays, we still see small-scale, local protests and large marches, but we’re also witnessing globalized movements on an unprecedented scale.

Take the March 15, 2019, global student strike for climate change: started by a 16-year-old Swedish girl, the student walkout encompassed more than 990 schools across 90+ countries, largely thanks to social media organizing. The purpose behind the strike was to generate greater public awareness (and concern) for climate change, which teenagers and young adults say will negatively impact them the most because they will be on Earth for decades longer than their parents and grandparents’ generations.

Research conducted by The Washington Post journalists found that successful protests typically share 3 traits: they’re well-organized, they have an appealing message, and they do not resort to violence.

On the issue of organization, it’s important that prominent organizers of a protest or movement share similar ideals and goals to avoid dividing their cause into separate factions. An example of this is the Standing Rock protests against the Dakota Access Pipeline project in 2016. The protests were largely organized by social media-savvy young adults and their communities, which helped them centralize their platform and ultimately persuade the Army Corps of Engineers to deny a construction permit to the would-be pipeline builders (that decision was later reversed under the Trump Administration and lawsuits remain to this day).

On the issue of messaging, a protest’s message(s) should resonate with a wide range of people, beyond just those directly involved in the protest itself. An example of this would be the recent teacher strikes around the United States, which started over concerns related to low pay, overcrowded classes, few classroom resources, and limited support from administrators and districts. Since a majority of Americans attended public schools when they were younger and millions more want the same high-quality educational opportunities for their own children, the messages underlying the teachers’ strikes resonated with a massive audience.

On the issue of nonviolence, successful protests are able to maintain public support by encouraging participants to refrain from violence, verbal harassment, and other socially unacceptable forms of expression. An example of this would be the “lactivist” protests at Applebee’s in 2007, in which breastfeeding mothers protested against the restaurant’s discriminatory policies (making women breastfeed their infants in a restroom stall, when most states have already legalized public breastfeeding). This nonviolent display of protest ultimately led Applebee’s to issue a statement that it would be more welcoming of nursing mothers in the future.

Many protests start out strong then fizzle out due to a variety of intergroup or situational issues, but at the end of the day, it’s not always about whether protests are effective or ineffective. Instead, we should remember that peaceful protests are part of our Constitutionally-guaranteed First Amendment rights, and protecting those rights is something we should all agree on.