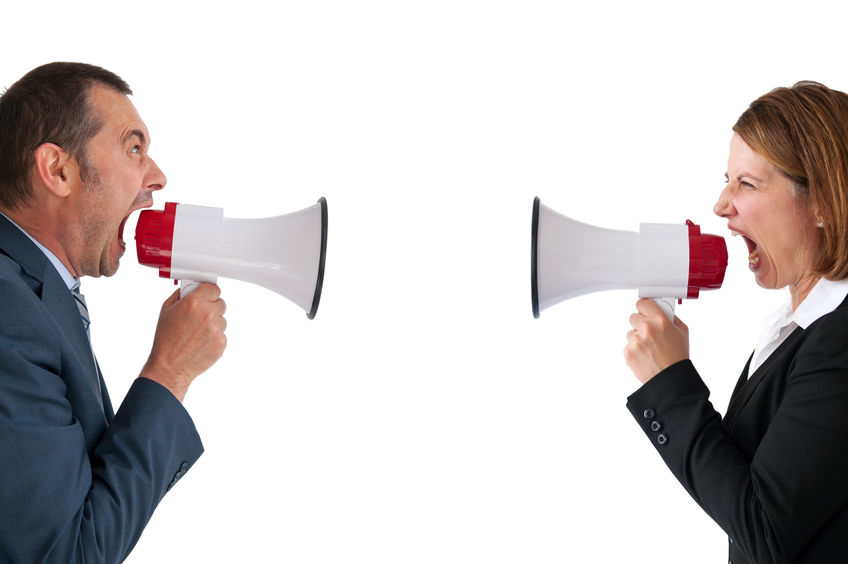 Inspired by this year’s symposium’s theme — Polarization and the Public Square — as well as the fact that Thanksgiving family dinners are just around the corner, this month’s post is centered on civil dialogue. It’s about the notion of giving family members and friends a time and place to vocalize their viewpoints without silencing or suppressing your own, potentially conflicting viewpoints.

The U.S. has been struggling with political polarization since its founding in the 1700s, but the 2016 Presidential Election was arguably a turning point toward deeper political division, this time within social groups as opposed to groups of people with similar political affiliations in opposition to each other.

Previously, political polarization was largely a macro concept, occurring in wider society and in mass media. Nowadays, political polarization shows up in our social media newsfeeds, family dining rooms and workplaces. So how can you articulate your perspective without clashing with someone else who disagrees? Alternatively, how can you engage in mindful listening practices when someone is saying something you completely disagree with?

To help you navigate political polarization in intimate social settings among friends, family or coworkers, here are three productive strategies for maintaining social relationships without smothering your own political beliefs in the process:

Genuinely Listen to Them

A lot of us claim that we listen to other people; but are you genuinely listening for the sake of understanding what they’re trying to say or are you listening while primarily waiting for an opportunity to step in with your counterarguments?

People can generally sense when their audience isn’t interested in what they have to say and/or the person listening is just waiting for their chance to jump in with new refutations rather than acknowledging and engaging with what they’re actually saying. To avoid contributing to perceptions that you’re not genuinely listening to someone, set aside your arguments for a few moments and focus 100 percent on what they’re saying.

You may disagree and want to argue right off the bat, but fight the urge if you ever want to understand where they’re coming from.

Once you’ve listened to someone’s arguments and opinions, then what? In an era of deep political polarization like the one we’re currently in, it’s unlikely that either party will have a transformative, viewpoint-changing moment in the span of a single conversation.

With this in mind, try to approach conversations with family, friends and coworkers as a learning opportunity instead of a debate. If you go into a discussion with clash and a right/wrong mentality, then it’ll be a self-fulfilling prophecy and neither side will be better off after the conversation concludes.

Instead, understand that you’ll likely end up having to “agree to disagree” and focus on the respectful exchange of information as opposed to trying to “win” arguments (which will likely create more conflict than it resolves).

Finally, focus on beliefs you and the other person have in common. Perhaps you have radically different beliefs about the separation between church and state, but you can still agree on middle-of-the-aisle things relating to the economy or education policy.

Rather than seeking out fights with people with whom you know you’ll clash, engage in conversations when you can highlight shared beliefs, respectfully agree to disagree when beliefs diverge, and genuinely listen to the other person instead of listening just for the sake of building new arguments.