Consumer activism and the First Amendment 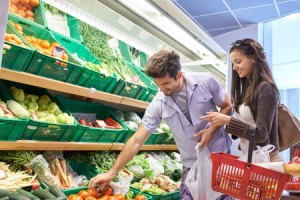 Consumer activism, which refers to citizens influencing how goods and services are produced, marketed and delivered to consumers, has been around for years. However, the instantaneous nature of digital communications has expedited the ability for consumers to rally support for their causes and persuade companies to change how they do business.

In other words, consumer activism seeks to change how a good or service is created (especially in regards to ethical and environmental issues) through various means of protest, such as boycotting certain businesses/industries, urging others to stop using a product or service, and spending more money on products/services that are sustainably produced in terms of non-wasteful materials and ethical labor standards.

Just as Citizens United v. FEC found that corporations can assert rights to freedom of speech through monetary means, citizens can also “speak” with their consumption habits and preferences. It’s a fascinating phenomenon that many of us have witnessed yet few have consciously thought about when it comes to its effectiveness and consequences for brands and consumers alike.

To uncover the First Amendment underpinnings involved in consumer activism, let’s explore some present-day examples of it in action:

There are countless examples of consumer activism in the U.S. and abroad, including some of these recent events:

Just as early American colonists effectively initiated a revolution with the Boston Tea Party (which involved a boycott of British tea after the government monopolized the tea industry in the thirteen colonies through lowered taxes on British East India Company goods), consumer boycotts are often effective nowadays as well.

As consumers express their demands through their purchasing decisions, companies are forced to adapt to changing preferences in the market. Activists have successfully persuaded numerous companies to adopt more environmentally sustainable manufacturing practices (using more eco-friendly, recyclable materials) and advocated for fairer labor practices and higher wages for workers both in the U.S. and abroad.

Consumer activism isn’t always successful, but it’s nevertheless an important trend that aligns closely with the freedoms of speech and petition outlined in the First Amendment of the Constitution.