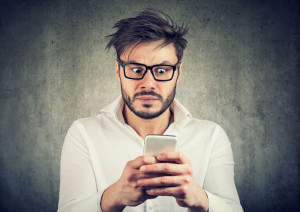 Fake news has been around for some time, but it’s been brought to light recently in the context of the 2016 presidential election. But the reality is that — to some extent — misinformation has been around since the beginning.

Social media is perhaps the most egregious venue today, since it has the ability to transmit and amplify information quicker than when we could share information only person to person. This makes it even more important to be vigilant when consuming information online so we can avoid falling prey to false or misleading information and perpetuating it.

Here’s how to do you due diligence:

Check the source.
What is the URL? Some fake news sites will try to spoof credible ones, using a similar URL and logo. For example, ABC News could appears as abc-news.com with a similar logo, to trick people into engaging. Also, look at the website’s “Contact” and “About Us” pages. If there’s no editorial contact or the description of their purpose and mission is vague or missing altogether, that could be a sign that the site lacks legitimacy.

When in doubt, do a quick Google search of the website. Is there a history of bad press about the source? Some sites have been outed as venues for foreign governments to intervene in our elections.

Dive deeper.
Sometimes bad actors will use outrageous headlines to grab attention and drive traffic.. Before sharing any piece of content, read the piece in its entirety. Does the article have a byline? If so, does the author have a track record of content? Did the writer interview reputable sources and include direct quotes and links to supporting information? Is the writing clean or is it chock full of errors? All of this matters, because legitimate journalists conduct themselves in a legitimate manner, while trolls aren’t concerned with following journalistic standards and practices.

Look at the big picture.
If you’re on the fence about the credibility of a source, do some research. Are other outlets reporting on the same matter? Do you see recurring themes as far as the facts being reported? People or organizations with malicious intentions will create their own narrative and it’s usually not supported by other accounts.

In short, the Era of Fake News requires critical thinking. Everyone could stand to be more cautious about their approach to media consumption. How do you ensure you’re not engaging in fake news? Share your tips on our Facebook Page.