Should visa applicants be required to reveal their social media handles? 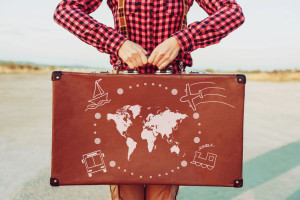 As of May 31, 2019, the U.S. State Department began requesting social media information from visa applicants. The new practice arose from President Trump’s 2017 Memorandum on Implementing Heightened Screening and Vetting of Applications for Visas and other Immigration Benefits. By early December 2019, two organizations (Knight First Amendment Institute and the Brennan Center for Justice) sued to put an end to this policy on the basis that it allegedly violates the First Amendment rights of visa applicants.

The controversy surrounding the social media identification requirement has sparked a great deal of discussion about freedom of speech online and the extent to which the federal government should be able to monitor and even regulate freedom of speech, not just for American citizens in online forums but also for non-citizens seeking U.S. visas.

In other words, visa applicants are not U.S. citizens, but should they still granted the same First Amendment freedoms as if they are? And what are the possible consequences of social media identification requirements for people seeking visas?

To uncover why the State Department’s new practice may be unconstitutional on First Amendment grounds, let’s first examine whether non-citizens are legally granted the same Constitutional rights and what implications this practice may have if it continues.

Visa Applicants and the First Amendment

Michael Kagan, Associate Professor of Law at the University of Nevada – Las Vegas, has written extensively about non-citizens’ relationship with the First Amendment, particularly when it involves freedom of speech and freedom of religion. As he wrote in an essay for the Boston College Law Review in 2018:

Speaker identity changes speech in powerful ways, which is why it is dangerous to allow the government to silence certain speakers based on who they are. The Court should recognize that immigrant speech is important enough to be protected by the First Amendment, both for immigrants in the United States and for American citizens who may benefit from hearing what they have to say.

In sum, immigrants and temporary visa holders should maintain the same First Amendment protections as U.S. citizens because denying them said rights would be discriminating against these groups on the basis of identity (non-citizen) and silencing these groups could be enormously detrimental for American society as a whole.

The broader question here involves freedom of speech online: why do social media accounts matter in this case? The original purpose of President Trump’s new State Department practice was likely intended as a means for protecting our national security. After all, terrorists commonly use social media as tools for recruitment and propaganda dissemination, which is why asking visa applicants to identify their social media profiles seemingly makes sense at first.

However, this policy can produce a sort of chilling effect on free speech, in which visa applicants no longer share their ideas, opinions and attitudes online in fear of getting denied a visa to the U.S.

For instance, the lawsuit filed by the Knight First Amendment Institute and the Brennan Center for Justice was sparked by the Doc Society and the International Documentary Association’s concerns about filmmakers from around the world being able to express themselves freely, even if their ideas are unpopular. Without access to a U.S. visa, some filmmakers may not be able to continue their investigative reporting and critical documentary work because many filmmakers are reliant on U.S. events to obtain support and resources for their projects.

Beyond filmmakers, it’s simply untenable to require all visa applicants to reveal each and every one of their social media profiles. In some cases, an individual may use a pseudonym to avoid harassment or other serious threats; in other cases, the visa applicant may have expressed an opinion deemed unpopular and/or unsupportive of the current (or future) presidential administration, which could trigger a denial of their visa application.

We don’t know how far-reaching this law may be, which is why we must support the First Amendment for everyone protected under the Constitution, particularly in online environments that are increasingly subject to governmental regulation, such as social media.