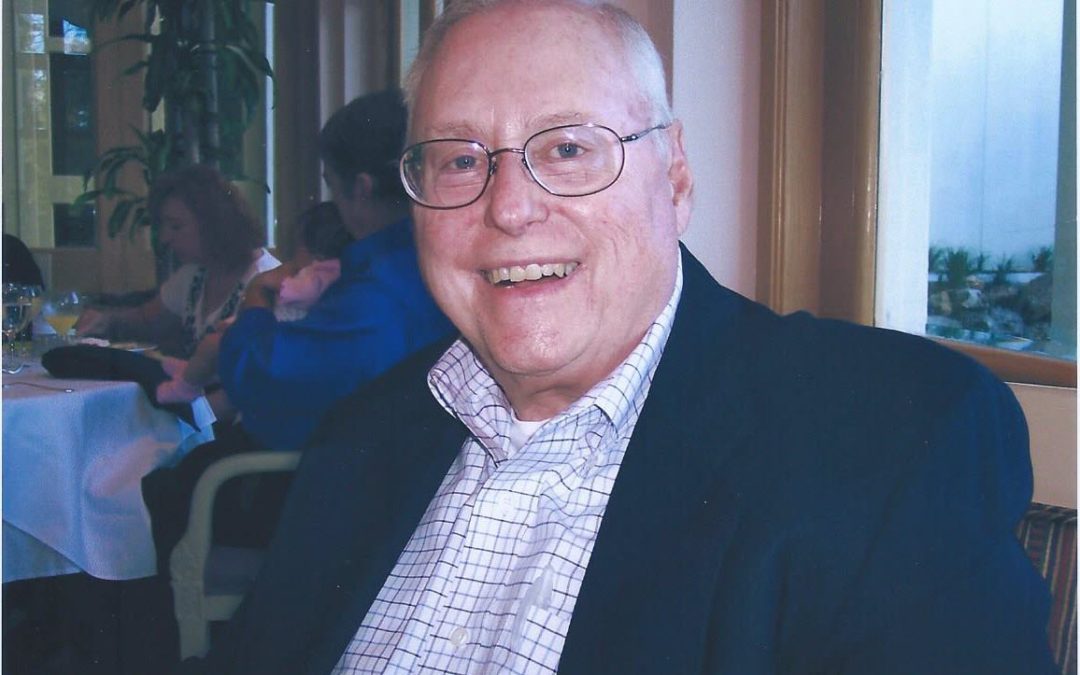 FAV is excited to present a new honor, the Edward D. Lowry Memorial Award for Citizenship, during the National Symposium in September. Steve Miska, Executive Director of First Amendment Voice, acknowledged, “We wanted to honor Ed Lowry’s life and legacy by recognizing outstanding civic engagement and encouraging citizens to serve others and engage on issues of importance in their communities. He created bonds throughout the community and across ideological divides.”

Edward Diller Lowry (1944-2019) exemplified civic virtue during a lifetime of service; a dedicated husband, father, citizen and patriot. At age seventeen, Ed was in an automobile accident that resulted in the loss of his dominant hand. With a lot of hard work, he taught himself how to function and handle everyday “ins and outs” using his left hand. Although hard for a young man, he had the courage to live life, despite setbacks and never let his injury limit him. During his professional life, he served for decades in the telecommunications industry, conducting governmental coordination and receiving. When Ed retired at the end of 2000, he was Executive Director of Federal Regulatory Policy and Planning for Verizon Communications. In that capacity he helped shape the law and government regulation as technology changed freedom of expression. He also served as a member of the Michigan State Public Utilities and on the advisory boards of KMB Video and the International Engineering Consortium. In 2017 the Vienna Mayor and Shepherd’s Center recognized him as Volunteer of the Year.

In retirement, Ed never learned to slow his pace or service to others. Within his church (which he attended for 37 years) he chaired numerous committees and started many initiatives that have forever changed his community. Ed was never afraid to talk to anyone he encountered and relentlessly sought out partnerships with local business and agencies in order to serve others. Due to his drive and passion, many of these initiates not only blossomed, but thrived.

In addition to endless hours leading at his church, Ed served on the Board of Directors for the Shepherd’s Center of Oakton-Vienna. At the Shepherd’s Center, he was active on the fundraising committee, drove seniors without transportation to doctor’s appointments, volunteered for the friendly visitors program, and was Co-Chair of the congregational advisory committee. Ed also joined First Amendment Voice as a strategic advisor. He quickly became involved in the strategic planning process and facilitated outreach and partnership engagement, connecting key partners to the FAV movement.

Ed gave advice with collegial candor and exhibited the moral courage to challenge assumptions and choose the harder right over the easier wrong. His ability to work across ideological differences united people in common purpose. He was passionate that every person has the ability to give back in some capacity, and he lived this out through volunteerism. Ed believed that playing an active role in any organization could come through monetary donations, willingness to ask for sponsorships, or service. He
recognized the importance and value of donating time. Ed had a way of encouraging others to contribute their time, talent or resources, and sometimes could be described as relentless in this pursuit. In the wake of his death, many of the people in organizations he impacted have commented that it will take 10-15 people to carrying on his legacy.

FAV is convening a nominating and selection committee to shepherd the process of identifying upstanding citizens engaged in service to community. FAV will announce the recipient in advance of the National Symposium and design an award that symbolizes Ed’s life of service and inspires others to rise to that level of civic engagement. This year FAV will host its National Symposium in Philadelphia at the National Constitution Center from September 25-26th.

If you would like more information about FAV’s plans to honor Ed’s legacy through the Edward D. Lowry Memorial Award for Citizenship, please contact Diane DuBois at (202) 215-5341 diane.dubois1107@gmail.com or Heather Miska at info@firstamendmentvoice.org