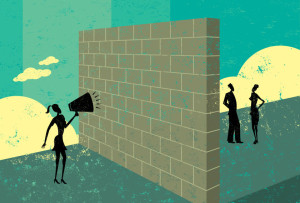 Censorship will always be a major concern for any First Amendment advocate, but it’s been especially alarming to witness the number (and the restrictiveness) of censorship policies rapidly scaling up around the world during the Covid-19 pandemic.

While China is a prominent censor of information online, Western countries aren’t immune from trampling on citizens’ rights to freedom of expression, press, religion, petition and assembly, either. So how are governments and major tech companies responding to the pandemic? Let’s explore what censorship is currently going on through social media and examine how Covid-19 might impact our First Amendment rights in the future.

Combating the Spread of Misinformation

Every single social media platform has been struggling to combat the spread of public health misinformation since the start of the outbreak. Arguably they struggled prior to the onset of Covid-19, but coronavirus hit especially hard with so much political division across the country, unprecedented government actions around the world, and increasingly tense relations with China.

Not to mention the millions of people at home, unemployed, with suddenly plenty of opportunities to browse and share potentially dubious information with their online networks. Just as grocery stores were slammed with overwhelming, unexpected toilet paper demand in March, social media sites like Facebook, Twitter, YouTube, TikTok, Instagram, and Reddit were flooded with misinformation and couldn’t fully snuff out the spread right away.

Several of them are hustling to update their terms of service regarding the type of information shared on their platforms – especially during a public health crisis – but not having a rigorous policy already in-place prior to Covid-19 has led to rampant accusations of wrongful censorship and biased assessments of posts. It’ll likely remain an issue for many months/years to come, especially when we consider the freedom of assembly implications involved here.

An April 20, 2020 article from Vox highlighted how Facebook was taking down some anti-lockdown protest event pages, but not all. Vox reported that a Facebook spokesperson informed them, “Unless government prohibits the event during this time, we allow it to be organized on Facebook. For this same reason, events that defy government’s guidance on social distancing aren’t allowed on Facebook.”

In other words, Facebook has been allowing anti-quarantine protests to continue organizing on its platform in areas where social distancing laws do not forbid it but users in cities, counties and states with some form of shelter-in-place order will likely get their event pages deleted to comply with local laws.

The Future of Online Censorship

We could write several books just on the subject of how the pandemic might influence First Amendment related issues like censorship and freedom of expression in the short- and long-term future. However, we’ll conclude for now with a broad overview of the aspects of life in civil society that are most likely to change after Covid-19 and a related First Amendment question we’ll be paying close attention to in the coming years: