3 myths about freedom of assembly in the United States 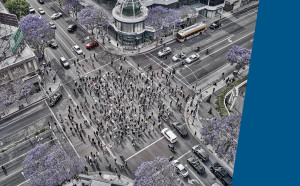 Freedom of assembly has arguably been one of the more under-appreciated rights outlined in the First Amendment of the Constitution, but it’s certainly on full display in protests around the world in 2020.

As the Library of Congress explained,

The Supreme Court of the United States has held that the First Amendment protects the right to conduct a peaceful public assembly.[3] The right to assemble is not, however, absolute. Government officials cannot simply prohibit a public assembly in their own discretion,[4] but the government can impose restrictions on the time, place, and manner of peaceful assembly, provided that constitutional safeguards are met.[5] Time, place, and manner restrictions are permissible so long as they “are justified without reference to the content of the regulated speech, . . . are narrowly tailored to serve a significant governmental interest, and . . . leave open ample alternative channels for communication of the information.”[6]

Around the world, the freedom to peacefully assemble is recognized in a majority of countries, though Sweden and the U.S. require a permit or some form of authorization for organized protests, whereas other countries typically require only advance notification.

Given the importance of protests and the public health dilemmas associated with large gatherings of people in the year 2020, let’s explore some of the common myths and misconceptions surrounding Americans’ right to peacefully assemble in public:

Protest permits typically cannot be denied simply due to controversial or unpopular opinions expressed by protesters, though public safety has been cited as a common reason for dispersing protests (especially during a pandemic). There may be a fee involved for the permit, but the ACLU further explains that you should be able to get the fee waived if it’s too cost-prohibitive.

States have different laws about using an audio/visual recording device in public places, but there are general legal protections for recording in public, including:

As Global Citizen pointed out, there have been many nonviolent protests that have spurred change around the world, with one of the most fascinating example being how Estonians collectively sang their way out of the Soviet Union beginning with the “Singing Revolution” in 1988.

2020 is truly a historical moment for the United States, and we are closely watching the many major news stories pertaining to civic activism and First Amendment rights. Time will tell what societal changes arise from the George Floyd protests and other legal battles over civic liberties like publicly congregating for protests or religious services.

In the meantime, First Amendment Voice has you covered with the latest updates on the protests, free speech laws, state of religious freedom in the midst of a public health crisis, and so much more.