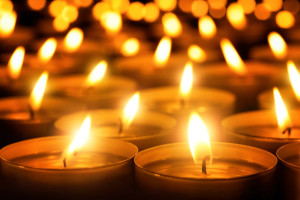 The First Amendment guarantees Americans’ rights to freedom of religious expression and practice, but does the First Amendment’s protections go as far as ensuring people are legally permitted to congregate in-person, particularly during a public health crisis?

This question remains to be concretely answered by the courts, but we’ve already seen several religious institutions challenging states’ stay-at-home orders and/or social distancing regulations by either filing a lawsuit or opening their doors to congregants without the state’s permission. In one tragic incident, a pastor dismissed the pandemic as “hysteria” and later died of Covid-19 after contracting it at Mardi Gras.

The problem with in-person services during a pandemic, Vanderbilt University’s infectious disease expert William Schaffner said in an interview with Business Insider, is that “people congregate, hug each other, exchange stories, and thank you very much, the virus is going to go from me to you.”

Of course, as the New York Times points out, a vast majority of religious leaders and institutions are taking the pandemic seriously by hosting virtual services, connecting with congregants over video conferencing apps like Zoom, leading remote reading groups, and seeking out ways to positively impact their communities during this time.

So if most other churches, synagogues, mosques, temples and religious institutions are capable of delivering their services remotely, why are there so many First Amendment issues coming up in the media and courts? Let’s examine what’s going on (as of June 2020):

Religious leaders from across the country have varied in their responses to state-imposed restrictions on large group gatherings, but those that have engaged in legal battles with state governors haven’t been too successful in court so far.

For instance, South Bay United Pentecostal Church and its leader Bishop Arthur Hodges filed a request to exempt their organization from California Governor Gavin Newsom’s emergency state-at-home orders. The request was declined in a 2-1 decision by the 9th Circuit Court of Appeals late on May 24, with the dissenting judge – President Trump appointee Daniel Collins – writing,

By explicitly and categorically assigning all in-person ‘religious services’ to a future Phase 3 — without any express regard to the number of attendees, the size of the space, or the safety protocols followed in such services — the State’s Reopening Plan undeniably ‘discriminate[s] on its face’ against ‘religious conduct.’

Similar challenges have occurred in states like Oregon, where a judge briefly overturned Governor Kate Brown’s stay-at-home orders (before the state successfully requested a reinstatement of the restrictions from their Supreme Court a few hours later). Notably in the case of Oregon, most of the legal challenges have come from religious groups but the actual legal challenge wasn’t grounded in First Amendment principles as you might expect; the challenge arose from Oregon state laws requiring a governor to get Legislature permission for extending emergency orders beyond a 28-day timeframe.

There are also several other examples of religious leaders and institutions in nearly every other state legally challenging or civilly protesting their state-imposed social distancing and/or shelter-in-place restrictions. Time will tell how those legal challenges hold up; it may take a U.S. Supreme Court decision on this matter before a true precedent is set.

Places of worship around the world have also been struggling to cope with changes imposed by their nation’s leadership, not to mention adapting to the public’s preferences for virtual or in-person services.

Several megachurches and other large religious institutions have been hotspots for coronavirus outbreaks (where the “patient zero” is often referred to as a “superspreader”), though it’s not always limited to large institutions of faith, as these case studies demonstrate.

The problem with “superspreaders” is that they may be responsible for as many as 80% of Covid-19 cases, and resuming religious services too early without rigorous testing and contact tracing efforts could lead to a spike in cases in vulnerable communities.

In Germany for instance, a single church service on May 10 was linked to over 100 new cases of coronavirus within two weeks of the service. Another example from South Korea in February found a woman infected at least 40 people at her church after she refused to get tested for coronavirus (she had a fever but hadn’t traveled abroad).

Eid is also a potential superspreader concern for many Muslim communities and their leaders, as we’ve seen from the Muslim Judicial Council of South Africa’s statement requesting Muslims to celebrate Eid at home instead of prayers and cemetery ceremonies with friends and family.

What’s Next for the First Amendment and Our “New Normal”?

We’ll have to wait for a decision from the U.S. Supreme Court before we can determine whether prohibiting in-person gatherings legitimately constitutes a violation of citizens’ First Amendment rights to freedom of religious practice and assembly.

While there are a few examples of religious institutions and their leaders seemingly not prioritizing public health by demanding a swift return to normal, in-person gatherings, it’s important to remember that a vast majority of spiritual and religious leaders are doing everything they can to keep their members safe (some institutions have already announced they won’t hold in-person services until 2021 at the earliest).

It’s not easy balancing public health concerns with religious liberties, so this will likely remain a controversial issue in our public discourse for many months (or even years) to come.