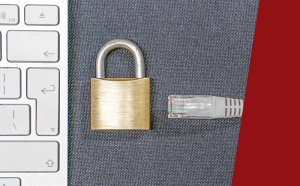 Have you heard of the Open Technology Fund (OTF)? It’s a U.S.-based organization promoting Internet freedom around the world by offering resources that mitigate authoritarian regimes’ attempts to censor the Internet and unethically and/or unlawfully surveil people online.

The OTF impacts as many as 2 billion people worldwide, but it recently had to pause most of its projects and programs (49 out of 60) when $20 million of its Congressionally-approved and allocated funding was unexpectedly held back.

While this organization is primarily focused on supporting pro-democracy initiatives and journalist protections in countries beyond the U.S., the recent OTF controversy provides an excellent opportunity to learn more about the U.S. federal government’s capacity for funding and influencing global media projects:

What’s Going on with the Open Technology Fund?

The U.S. Agency for Global Media (USAGM) is designed to promote and support U.S. interests abroad through various media efforts such as training journalists and creating and distributing high-quality media content through Voice of America.

The Open Technology Fund is related to the USAGM because it receives grant funding from the agency, but controversy erupted in late July when President Trump withheld $20 million in Congress-approved funds from the OTF. This news came shortly after CEO Michael Pack took control of the USAGM and attempted to replace several USAGM and OTF leaders with his own appointees (a decision that was later blocked by the U.S. Court of Appeals).

In addition to personnel replacement concerns, Axios reported that the USAGM deputy chief of staff Diane Cullo misled the bipartisan House Foreign Affairs Committee by claiming $1.6 million was transferred to OTF in July. OTF officials had reportedly not received any of their allocated funding for July or August, and the July funds didn’t appear in OTF’s accounts until August 19 – six days after Cullo told the House Foreign Affairs Committee that OTF had already received their money in back in July.

The discrepancies between OTF reports and USAGM statements to both media and bipartisan Congressional committees are arguably cause for concern, especially in wake of OTF’s ongoing inability to support nearly 80% of their programming.

Why is the OTF Important for Internet Freedom?

Those of us living in the U.S. are fortunate to have freedom of expression inscribed within our Constitution, access to a relatively free and open Internet, and countless high-quality, ethical journalists to keep the public informed. However, in some other countries, journalists work alongside the government as little more than propaganda pushers, and the Internet can be swiftly censored or shut down altogether if people are circulating information deemed unfavorable or dangerous by those with political power.

The OTF is critical for supporting the development and dissemination of tools that help individuals in other countries circumvent Internet blocking, as well as researching and developing solutions for enhancing online privacy, cybersecurity initiatives, and other anti-censorship efforts.

If the OTF does not receive the funds that Congress has already allocated to the group, then many of these valuable programs will be paused indefinitely. This could hinder U.S. interests when it comes to supporting democracy, Internet freedom of expression, and non-state journalists, which means more should be done to protect First Amendment-related organizations’ access to approved funding to ensure their efforts may continue uninterrupted and without unnecessary delays.

Join Us for Our First Amendment Freedoms & Technology Panel on Sept. 16

Have you marked your calendars for our upcoming symposium webinar series going on between September 14-17? On September 16 at 2:45pm EST (11:45am PST), we’re hosting an exciting webinar featuring the CEO of Maestro Games Yael Swerdlow as the moderator and former FBI Chair Kenneth Cassine, former COO of Change.org Jen Dulski, and bestselling author and podcaster Abel James as the panel speakers.

Check out this link: https://www.eventbrite.com/e/first-amendment-voice-national-symposium-tickets-114132639798