Fascinating Facts About Religious Freedom in the U.S. 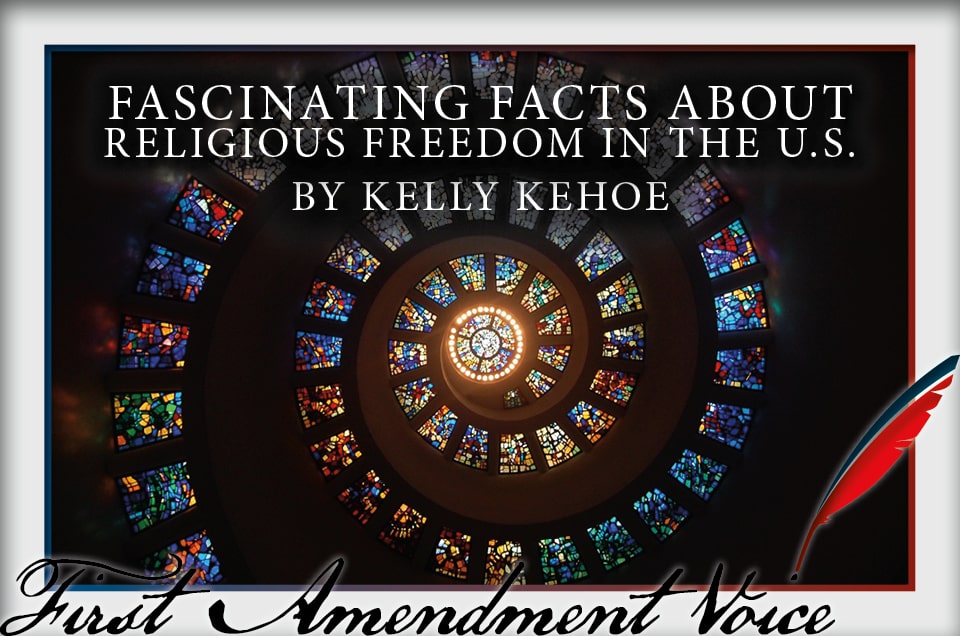 First Amendment Voice’s annual National Symposium is just around the corner, and this year, we have two incredible, virtual events centered on freedom of religion. Our keynote conversation on religion and reconciliation will take place on September 22 at 2:30pm EST (click here to register) and our panel, “Bridging Divides: The Role of Faith Leaders” will take place right afterwards at 3:30pm EST (click here to register).

To give you a sneak peek at the exciting information you’ll discover from these discussions, here are some fascinating facts about freedom of religion in the United States:

Did you know that religion was only mentioned once in the Constitution before the ten amendments comprising the Bill of Rights were added a few years after the initial ratification? Before the First Amendment was enacted, the only reference to religion in the U.S. Constitution involved the prohibition of religious tests to determine whether someone was qualified to run for public office. Thus, people of any (or no) religious affiliation could run for election in the United States, which was not a common freedom in the world in the late 1700s.

After the First Amendment was ratified on December 15, 1791, our nation’s understanding of freedom of religion was clarified through both the Establishment Clause and the Free Exercise Clause. As implied by the name, the first clause prohibits the federal government from ‘establishing’ a state religion, similar to what happened with the Church of England.

Meanwhile, the free exercise clause refers to citizens’ freedom to practice their own religions as long as they don’t violate public morals and/or conflict with a “compelling government interest,” per Supreme Court precedent on the issue. A recent example of this was seen in numerous court battles over Covid-19 restrictions on religious congregating, such as South Bay United Pentecostal Church v. Newsom.

References to God in Constitutions

Another interesting fact about the U.S. Constitution: there are no references to any divine figures in the federal government’s Constitution, but every U.S. state’s Constitution contains at least one reference to God or the divine, according to the Pew Research Center. Pew’s analyses further revealed that the word “God” is mentioned a total of 116 times across 50 states’ constitutions, in addition to other religious or spiritual language such as “almighty,” “Supreme” or “Sovereign” Being, “Creator,” “divine,” “providence,” and “Lord” (though this last one is typically used in the context of the phrase “the year of our Lord”).

Furthermore, as of 2021, seven states’ constitutions still prohibit atheists from holding public office, including Arkansas, Maryland, Mississippi, North Carolina, South Carolina, Tennessee and Texas. The state of Pennsylvania’s constitution doesn’t explicitly prohibit atheists from serving in public office, but it does include the clause, “No person who acknowledges the being of a God and a future state of rewards and punishments shall, on account of his religious sentiments, be disqualified to hold any office or place of trust or profit under this Commonwealth.” Of course, most of these state’s religious belief requirements are largely unenforceable due to the First and Fourteenth Amendments of the U.S. Constitution, as well as prior Supreme Court precedents.

The Role of the Bible in Presidential Inaugurations

According to WhiteHouseHistory.org, George Washington was the first president to take the oath of office by placing his hand on a bible during his inaugural ceremony. Most other presidents since then have followed suit, placing their hands on a special family bible and repeating the oath typically administered by the Supreme Court’s Chief Justice, “I do solemnly swear that I will faithfully execute the Office of President of the United States, and will to the best of my ability, preserve, protect, and defend the Constitution of the United States.”

Since George Washington’s presidential inauguration, only Theodore Roosevelt (1901) and John Quincy Adams (1825) did not take their oaths of office by swearing on a bible; notably, Adams swore on a book of law meant to symbolize his oath to the constitution.

Ready to learn more about freedom of religion and how faith leaders across the country are striving to bridge divides and revive constructive engagement in our nation’s public discourse? Click on the registration links in the first paragraph of this article to secure your spot in more thoughtful discussion opportunities at our National Symposium this year!