Polarization and the Press: How Can We ‘Depolarize’ Destructive Media Discourses in the U.S.? 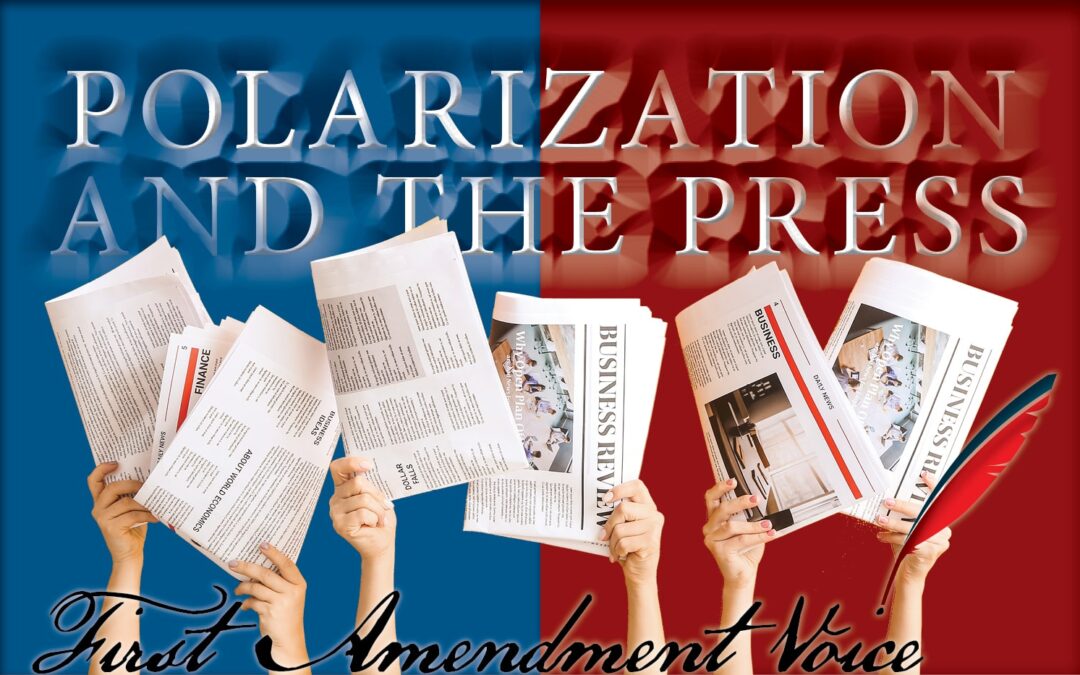 Have you ever heard someone say they “don’t know what to trust anymore” when talking about watching or reading the news? Perhaps you’ve had similar thoughts?

If so, you’re not alone. Public trust in the media has been plummeting over the past several years and even though there are many credible sources out there with ethical journalistic standards and genuine commitments to reporting news as accurately as possible, it can be enormously challenging for everyday citizens to separate the facts from the “fake news.”

Considering the many destructive consequences of disinformation, we can’t allow ourselves to become ambivalent about the news by assuming none of it is worth consuming simply because it may or may not be trustworthy. Instead, here are three ways we could depolarize the media for the betterment of all Americans.

First and foremost, we should recognize that the U.S. didn’t become hyper-polarized overnight and the media industry isn’t entirely to blame, either. Education – or more specifically, critical thinking and media literacy classes – is an essential tool for defending citizens against disinformation campaigns in our daily lives, but as of 2020, just 14 states have either proposed or enacted laws requiring media literacy education in schools (to learn more about what your state has done so far, check out this nifty graphic from Media Literacy Now).

Given just how much influence media discourses have over our socio-political lives, media literacy classes are arguably just as important as regular U.S. government and economics classes. Citizens can start taking action at the state level by urging elected representatives to enact education policies designed to amplify students’ critical thinking skills when consuming media. It won’t completely solve the problem we’re currently in, but teaching K-12 students to be more mindful of information they consume – where it comes from, how it’s presented, how to verify what’s truly accurate – could help us more effectively combat political polarization in future generations.

Viewership and readership figures for local news have been declining over the past several years and more than 190 local news stations (a market share of approximately 39% of households) across the U.S. are all owned by the same company: Sinclair Broadcasting Group. The problem with this is that researchers found Sinclair reduced local politics coverage and increased national politics coverage in its acquired stations. Additionally, Sinclair appears to be giving the same – or strikingly similar – scripts to local news anchors, which means the “local” news in many of these regions are actually dictated by one large nationwide media corporation with minimal to no actual presence in the communities it provides news for.

To temper the influence of national broadcasting groups taking over local markets, we must support truly local news organizations that have more of a vested interest in the community simply because they are part of that community. After all, research has shown that Americans typically trust local news organizations more than national news groups. There are also many benefits to consuming local news, including region-specific reporting, supporting journalists in your community, and developing your awareness of local issues that may impact you more directly than national issues.

Have you ever seen the phrase “sponsored content” in a news article before? This is related to native advertising or “advertorial” content, which refers to advertising within what typically looks like an otherwise normal news story. As newspapers and news networks have continued to lose a significant amount of subscriber dollars in recent years, many have turned to native advertising as a means for bolstering their financial viability with minimally intrusive ads for readers and viewers. The problem here is that many people can’t tell the difference between advertorials and genuine news stories.

By increasing the visibility of “sponsored content” disclaimers and directly explaining to consumers what sponsored content means, news organizations can help the public better-understand the purpose of the information they’re consuming (advertising a product/service or reporting a news event?). Companies can also go a step further with other disclaimers, like how Twitter flags potentially misleading tweets with the disclaimer, “Get more information on [public issue like Covid-19 or mail-in ballots]” and how The Washington Post flags some articles as “more than X year(s) old.”

For more information on the role media organizations play in the polarization of the American public – and what they could do to depolarize discourses and heal divides – be sure to sign up for what’s guaranteed to be a thought-provoking media panel at our upcoming National Symposium on Thursday, September 23rd (4:30pm EST). We will release more information on our exciting roster of panelists in the coming weeks – stay tuned!