Religious Freedom in a Post-Pandemic World 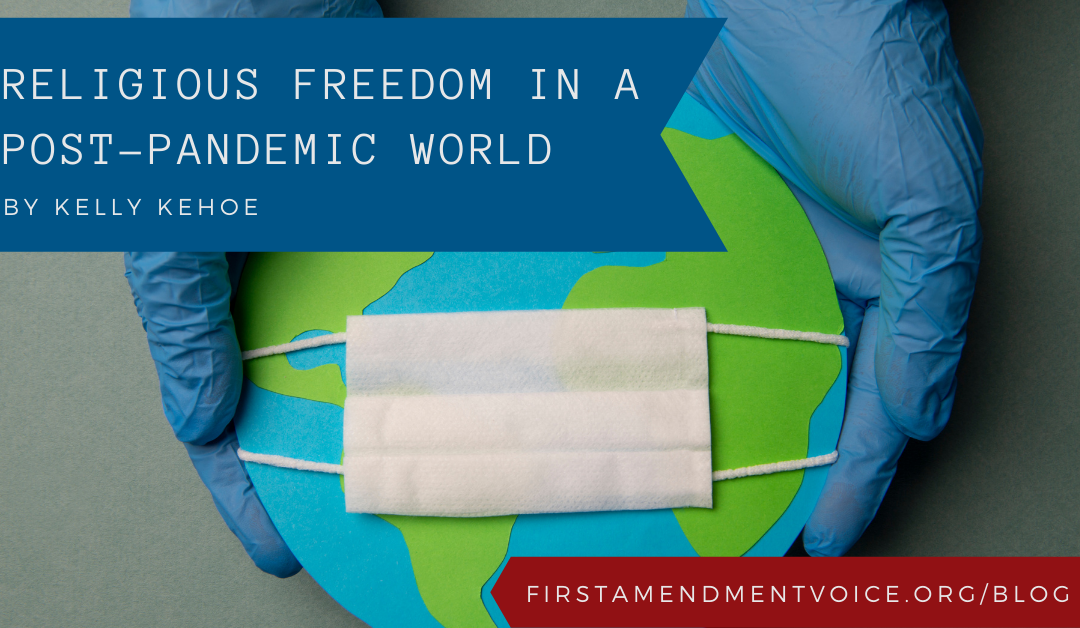 As FAV draws closer to the religious freedom panels beginning on Friday, let’s review the evolution of our perspectives on religious freedom over the last two years. At the beginning of the Covid-19 pandemic, First Amendment Voice examined how religious institutions adapted to social distancing measures and other coronavirus-related restrictions as lockdowns were implemented in hopes of slowing the spread of the contagious virus.

A couple months later, we considered whether the First Amendment protects in-person religious gatherings. This question made it all the way to the Supreme Court in the case of South Bay United Pentecostal Church v. Newsom, in which the conservative majority ruled to block the state of California’s ban on in-person religious gatherings but left in-place the ban on singing and chanting during religious services.

In September 2020 – about six months into what many of us thought would be a short-lived public health crisis – we sought more uplifting news by exploring compassionate expressions of religious freedom during the pandemic.

Now, in 2022, we’re interested in how far we as a nation have come in regards to the role of religion in society and our ongoing commitment to protecting key liberties both within the U.S. and internationally. While there will surely be many articles, books, podcasts and other media produced on the topic of religious freedom during and after Covid-19, today’s blog post will focus primarily on recent studies’ findings about religious liberty and expectations for the future.

Becket, “a non-profit, public-interest legal and educational institute with a mission to protect the free expression of all faiths,” published its third annual Religious Freedom Index in November 2021. While we always encourage our readers to review primary sources for themselves to gain the most comprehensive perspective possible, some of the most fascinating findings from the Becket report included:

For more information about the latest survey findings, be sure to check out the full Becket report linked above.

The 100+ page 2021 Annual Report from the USCIRF examined religious freedom violations and improvements on more of a global scale. Some of the most notable findings from the 2021 report included:

Additional Resources on Religious Freedom in 2022 and Beyond

For more information about the state of religious freedom in the U.S. and abroad, the article, “COVID-19 and Religious Freedom: Some Comparative Perspectives” published in the open-access journal Laws in May 2021 offers in-depth analyses on the complicated relationship between governments and religious institutions during the pandemic.

This panel will focus on international religious freedom, the complex persecution women and girls face for their religious beliefs, and efforts that can be taken, individually and in community, to advocate on their behalf.